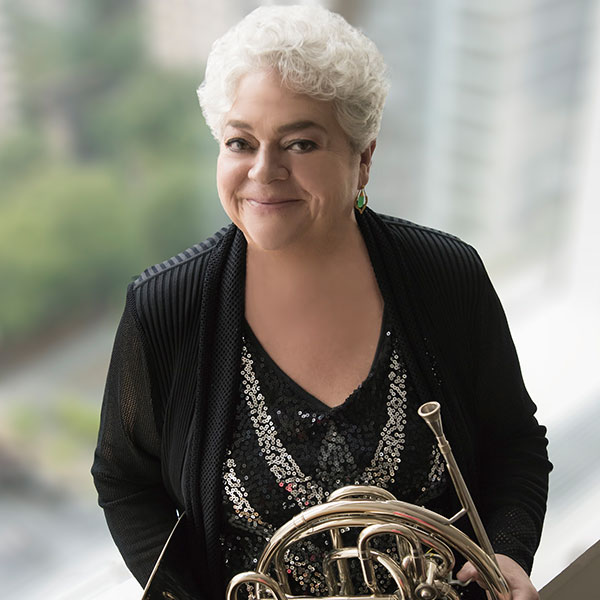 A member of the Sarasota Music Festival faculty since 1994

Julie Landsman is one of the most distinguished performers and teachers of our time. She held the position of Principal Horn of the Metropolitan Opera Orchestra for twenty-five years until her retirement in 2010. She now enjoys a wide variety of musical activities, including performances with the Orpheus Chamber Orchestra, and the Philadelphia Orchestra.

World renowned as a master teacher, Julie Landsman holds a teaching position at the Juilliard School, and teaches frequently as a guest at the Curtis Institute and Bard College. She has given master classes at such distinguished institutions as Colburn School, Curtis Institute, Eastman School of Music, Mannes College of Music, Manhattan School of Music, and DePaul University, among others. She has been a visiting master teacher at the New World Symphony in Miami.