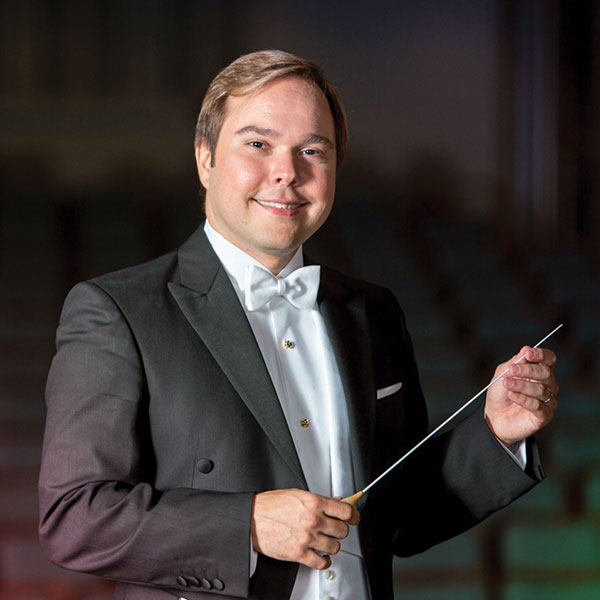 "Lehninger was impressively poised in the Tchaikovsky and maintained good musical contact with the orchestra. He drew an intriguingly dark and mysterious tone from the lower strings to open the Andante cantabile, and moments in the outer movements crackled with electricity"
-Boston Globe

Brazilian-born Marcelo Lehninger is in his third year as Music Director of the Grand Rapids Symphony. In 2018, he brought the orchestra to Carnegie Hall, its first performance at the famed venue in thirteen years. He previously served as Music Director of the New West Symphony in Los Angeles, for which the League of American Orchestras awarded him the Helen H. Thompson Award for Emerging Music Directors. After a very successful two-year tenure as Assistant Conductor of the Boston Symphony Orchestra that included stepping in for James Levine on short notice in Boston and on tour at Carnegie Hall, Marcelo served as Associate Conductor for an additional three years.

During the 17-18 season, Mr. Lehninger made debuts with the Orchestre National du Capitole de Toulouse and the Charlotte and Tucson Symphonies, and returned to the North Carolina Symphony, Rochester Philharmonic, and the Slovenian Philharmonic, which he led on tour to Vienna.

Mr. Lehninger was music advisor of the Youth Orchestra of the Americas for the 2007-08 season. Plácido Domingo serves as artistic advisor for the ensemble, which is composed of 120 talented musicians from more than twenty countries throughout the Americas. In summer of 2008, Maestro Lehninger toured with YOA and pianist Nelson Freire in South America, conducting concerts in Argentina, Brazil, and Uruguay. He has led all of the top orchestras in Brazil, and served as Associate Conductor of the Minas Gerais Philharmonic Orchestra.

Chosen by Kurt Masur in 2008, Mr. Lehninger was awarded the First Felix Mendelssohn-Bartholdy Scholarship sponsored by the American Friends of the Mendelssohn Foundation. He was Maestro Masur's assistant with the Orchestre National de France (during their residency at the Musikverein in Vienna), Gewandhaus Orchestra in Leipzig, and the New York Philharmonic. In 2011, he participated in the Bruno Walter National Conductor Preview, organized by the League of American Orchestras, conducting the Louisiana Philharmonic Orchestra, and debuted with the National Symphony Orchestra at the Kennedy Center as part of the National Conducting Institute in 2007.

Before dedicating his career to conducting, Mr. Lehninger studied violin and piano. He holds a Master's degree from the Conductors Institute at New York's Bard College, where he studied conducting under Harold Farberman and composition with Laurence Wallach. His mentors also include Kurt Masur, Leonard Slatkin, and Roberto Tibiriçá. A dual citizen of Brazil and Germany, Marcelo Goulart Lehninger is the son of pianist Sônia Goulart and violinist Erich Lehninger.