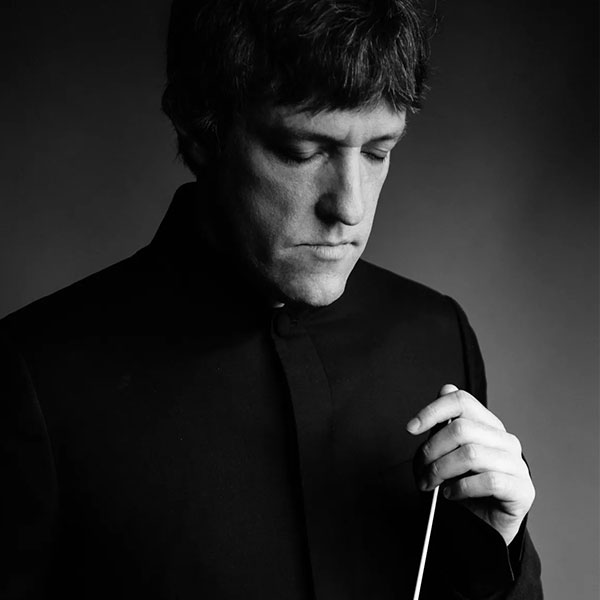 Yaniv Dinur is the winner of the 2019 Sir Georg Solti Conducting Award. Sought after for his "exquisite and arresting" performances (Dallas Morning News) and "sophistication, clarity, character and energy" (Milwaukee Journal Sentinel), he is the Resident Conductor of the Milwaukee Symphony Orchestra and Music Director of the New Bedford Symphony Orchestra.

Dinur is lauded for his bold programming, dynamic performances, and unique ability to connect with diverse audiences, from season subscribers to first-time concertgoers. Currently in his fourth season as Music Director of the New Bedford Symphony, he leads the orchestra with star soloists such as Yefim Bronfman, Joyce Yang, Stephen Hough, and Pinchas Zukerman. As the Resident Conductor of the Milwaukee Symphony, Dinur conducts more than 50 concerts per season.

Upcoming performances include debuts with the Deutsche Oper, Sarasota Symphony, Orchestra Haydn in Italy, and Orchestra Regionale Di Toscana, and returns to the Peninsula Festival and the Orchestra Di Padova e del Veneto.

Dinur is the winner of numerous awards, among them the 2017 and 2016 Solti Foundation U.S. Career Assistance Awards, 2nd Prize at the 2009 Mata International Conducting Competition in Mexico, and the Yuri Ahronovitch 1st Prize in the 2005 Aviv Conducting Competition in Israel. He was chosen by the League of American Orchestras to be a featured conductor in the 2011 Bruno Walter Conducting Preview, and he is a recipient of the America-Israel Cultural Foundation and the Zubin Mehta Scholarship Endowment. He has worked closely with such world-class musicians as Lorin Maazel, Michael Tilson Thomas, Edo de Waart, Itzhak Perlman, and Kurt Masur.

Dinur was born and raised in Jerusalem. He studied piano with his aunt, Olga Shachar, and later with Alexander Tamir, Tatiana Alexanderov, Mark Dukelsky, and Edna Golandsky. He studied conducting with Dr. Evgeny Zirlin and Prof. Mendi Rodan at the Jerusalem Academy of Music and Dance. In 2007, he moved to the United States to study with Prof. Kenneth Kiesler at the University of Michigan, where he earned his Doctorate in Orchestral Conducting.