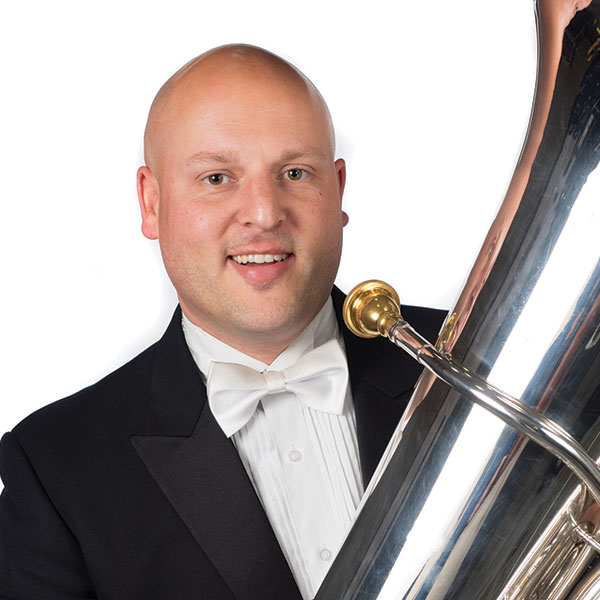 Biography:
With his orchestral playing praised as "a rock-solid foundation" and his solo playing described as being "remarkable for both its solid power and its delicacy", Aaron Tindall is the principal tubist of the Sarasota Orchestra and the associate professor of tuba and euphonium at the Frost School of Music - University of Miami. In the summers he teaches at the Eastern Music Festival in Greensboro, NC, where he also serves as Principal Tuba with the EMF Festival Orchestra under the direction of Gerard Schwarz.

Tindall has been a prizewinner of many competitions (solo & chamber) across the world. He has also been a two-time finalist in the prestigious Concert Artist Guild Competition, and released three highly acclaimed solo recordings; Transformations (Winner of the International Tuba Euphonium Association's Roger Bobo Excellence in Recording Award, and winner of two 2017 Global Music Awards), This is My House...(Awarded two 2015 Global Music Awards), and Songs of Ascent.

Passions/Interests:
In his free time, Aaron enjoys jet skiing, sporting clays, and spending time with his two boys and wife.

Career Highlights:
Some of Aaron's fondest musical moments include: