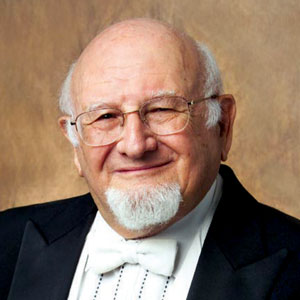 Wolfe is a former board member and chairman of the Education Committee of Chamber Music America and received Chamber Music America's 1995 "Citation for Excellence" in recognition of his exceptional contributions. He is the former director and a current faculty member of the Bennington Chamber Music Conference and, since 1974, has been a resident artist of the Sebago Long Festival in Maine. Wolfe continues to perform and coach at summer music festivals in Maine and Vermont.

With early musical aspirations, Wolfe began to play both the piano and the violin in his youth. His New York debut recital, at age 12, featured the Tchaikovsky Violin Concerto. At 15, he began his conducting career with the WNYC Radio Orchestra. While at Queens College studying mathematics and economics, he played in the first violin section of the New York Symphony under Leopold Stokowski. This was followed by performances with Frank Sinatra at CBS, weeks with Mark Warnow and Paul Whiteman at the Capitol Theater, and other diverse musical engagements.

While in the armed forces, he was assigned to the Air Force Symphony Orchestra in Washington, D.C., where he served as concertmaster and assistant conductor. Wolfe later played in the orchestra for South Pacific, while continuing his education in a business administration program at Columbia University, where he also earned his master's degree in music.

Wolfe devoted much of his time in New York to making symphonic recordings for Columbia Records, RCA and other companies, working with artists such as Bruno Walter, Leonard Bernstein, Alexander Schneider, Rudolf Serkin, Alfred Wallenstein, Arthur Rubenstein, Leopold Stokowski, and Igor Stravinsky. In 1957, he took part in the first Casals Festival in Puerto Rico as a violinist and keyboard artist, and continued to participate until 1966.