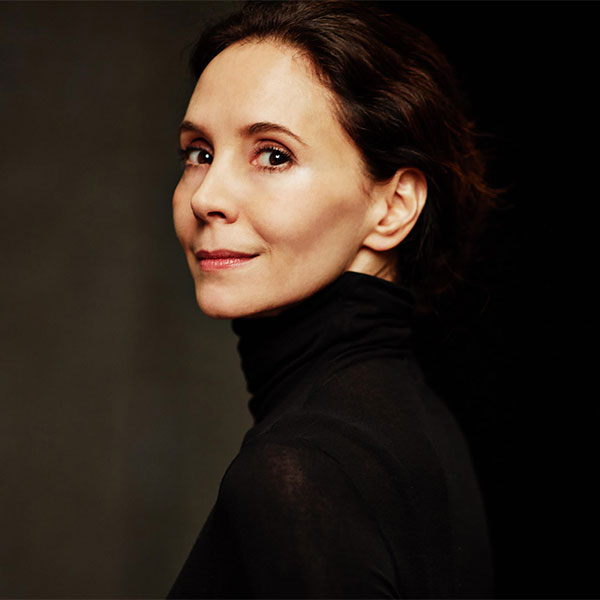 Described by the New York Times as a conductor with “unquestionable strength and authority” and as a conductor with “magic”, Sarah Ioannides’ dynamic presence on the podium has won praise from audience and critics internationally. Ioannides, now in her 8th Season as Music Director of Symphony Tacoma, has gained recognition as oneof the most engaging and respected conductors of her generation.

Listed one of the top twenty female conductors worldwide by Lebrecht’s “Woman Conductors: The Power List” in 2016, Sarah Ioannides has been named by the Los Angeles Times as “one of six female conductors breaking the glass podium” and noted in the New York Times as part of “a new wave of female conductors in their late 20’s through early 40’s”. Ioannides was awarded the JoAnn Falletta award for the most promising female conductor and under her leadership, both Spartanburg Philharmonic Orchestra and Symphony Tacoma have received ArtWorks grants from the National Endowment for the Arts for creativity in collaborations, community and commissioning projects and is now well recognized for her skills as a musical curator and adventurous programming. Serving on numerous advisory boards,as a competition adjudicator, public speaker, and educator, she has served as panelist for the National Endowment of theArts for the US Government. In 2015, 2016, and 2017 she received three proclamations for Sarah Ioannides’ Day from both the County and the City of Spartanburg and the city of Tacoma.

A zealous supporter of living composers, Ioannides has conducted over 50 World, North American and European premiers. A regular collaborator with composer/conductor Tan Dun, and formerly Assistant Conductor & Production Coordinator between 1999-2003, as such, she conducted the Gothenburg Symphony Orchestra, the BBC Concert Orchestra, the Flemish Radio Orchestra, BBC Symphony Orchestra, London Sinfonietta and the Oregon Bach Festival. The first conductor selected by Tan Dun to conduct his Water Passion After St. Matthew at the Perth International Arts Festival and the Metamorphosis Festival in Athens in 2016, Ioannides has led many operas and conducted at festivals worldwide, including the European premiere of Stephen Paulus’ The Woodlanders in Oxford, British Youth Opera, Curtis Opera Theatre, and Spoleto Festival. Formerly the Assistant Conductor of the Cincinnati Symphony Orchestra, Ioannides was guest Music Director of the Dessoff Choirs, and Music Director of Oxford University’s Philharmonia and Opera.

Ioannides has directed and commissioned films for live orchestral multimedia performances including new films for Holst’s The Planets, and Steve Reich’s The Desert Music. In 2016 she produced a new multimedia art film to accompany Milhaud’s Creation du Monde, directed by Brad McCombs, using artworks selected from the Cincinnati Art Museum, international collections and Ioannides’ personal paintings, which was shown in performance at Cincinnati’s Summermusik Festival. In a collaboration with the National Parks Association, Tacoma’s Museum of Glass and Hilltop Artists, project “Fire-Mountain” gave birth to a double premiere (under her direction) with music byDaniel Ott and film by Derek Klein.

As a performer at an early she was violinist in the National Youth Orchestra of Great Britain and horn player in the Surrey County Youth Orchestra from the age of 11, she began conducting as a teenager. She has earned Masters degreesfrom Oxford University and Juilliard School of Music. A recipient of numerous prestigious awards and prizes as instrumentalist and conductor, following her studies at the Guildhall School of Music, she came to the United States as aFulbright Scholar attending the Curtis Institute of Music becoming the assistant and protégé of the late Otto-Werner Mueller, also training in St. Petersburg under the Presser Award. Ioannides is married to trombonist Scott Hartman and is mother to three children, including twins, Elsa and Karl, and Audrey.