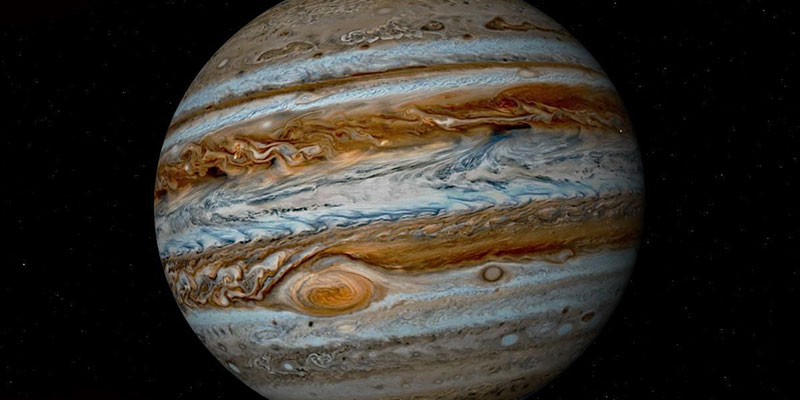 The Mystery of "Jupiter"

The Jupiter Symphony is Mozart's last, and with its humor, exuberant energy, and unusually grand scale, earned the symphony its nickname—for the chief god of ancient Roman pantheon.

1788 was a time of great financial and physical difficulty for Mozart. Despite all of that, the music of this final period amazes. His last three symphonies (Nos. 39, 40, and 41) were written in quick succession all in one summer in 1788. Mozart would die only three years later.

There's a lot we don't know about Jupiter and the other two accompanying symphonies. Did Mozart actually hear his final symphonies performed? Who was it written for, and why?

It's uncertain whether or not the symphonies were performed in Mozart's lifetime. Also, Mozart rarely composed on a whim. He typically wrote on commission or created new pieces for friends. Such transactions were cataloged in the composer's letters and writings... but the historical record for the summer of 1788 is completely silent. 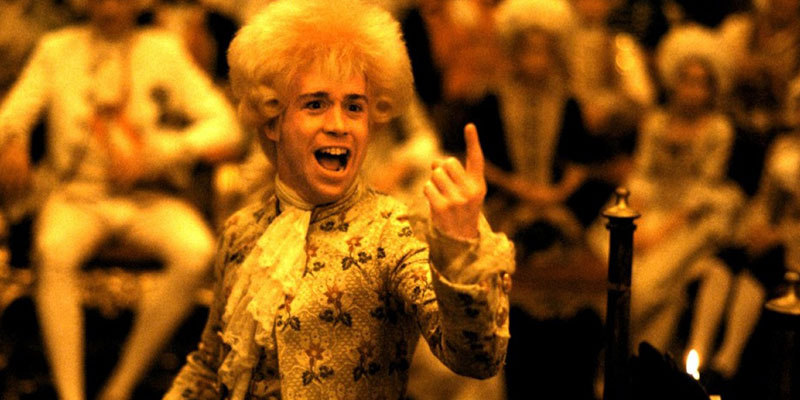 "Amadeus" the Movie vs. Amadeus the Composer

Many know Mozart through his music: serene, organized, ingenious, beautiful. But did his real life persona personality match the character in Amadeus?

1. Mozart was a prankster. TRUE.

2. Mozart conducted his pieces from the podium. FALSE.

The movie shows Mozart conducting several of his pieces from the podium in front of his orchestra. The concept of a conductor leading an orchestra didn’t really take off until the nineteenth century. In Mozart’s day, tempo and volume decisions were primarily decided by the concertmaster and keyboardist.

Mozart’s death is still mysterious. His death record listed "severe military fever," but dozens of theories have been proposed, including influenza, mercury poisoning, a kidney ailment, and acute rheumatic fever. The movie inferred that another composer, Salieri, did him in. Salieri did “confess” to killing Mozart while out of his mind later in life, but musicologists consider this unlikely.

Now Is The Time

Even though the first Star Wars movie had its premiere nearly 40 years ago, it seems everyone - no matter how young or old - can immediately identify the movie's opening theme. (I bet you just started humming it!)

That's because music and imagery go hand-in-hand - and, the works on this Masterworks' all-Russian program show off the different possibilities inherent in this relationship.

If you saw the movie "Shine," about pianist David Helfgott, you know Rachmaninoff's Piano Concerto No. 3 - or as it's now better known, "Rach 3." In the movie, the work becomes a metaphor for Helfgott's own struggle with mental illness, and as he overcomes his inner demons, he conquers this seemingly impenetrable concerto as well.

Despite the incredibly simple melody with which it opens, Rach 3 quickly reveals itself to be wildly virtuosic - and the movie casts the work as the most difficult concerto in the repertoire.

Tchaikovsky's Winter Dreams symphony is associated with pictures, too, but not quite as literally as the Rachmaninoff and the Dunayevsky. From the opening movement, Tchaikovsky uses associations with extra-musical material - elements outside the score - to make his music incredibly rich.

From the very beginning, the melancholy melody for flute and bassoon, the stormy central section, a wholly surprising pause for the whole orchestra - Tchaikovsky uses pictures to liberate harmony, instrumental color, and form. 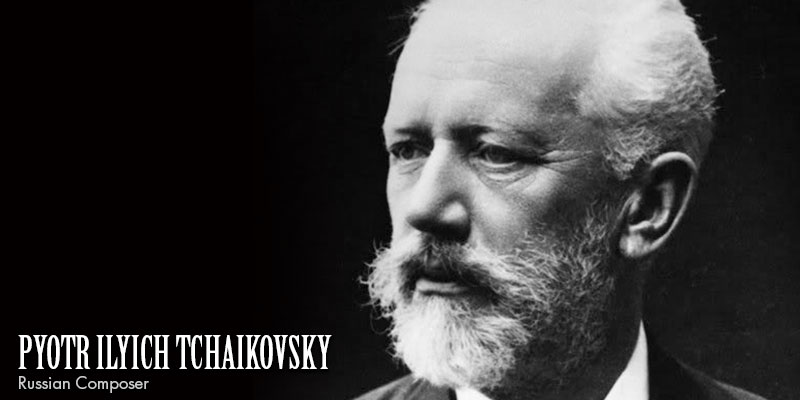 Tchaikovsky and the Ladies

Pyotr Ilyich Tchaikovsky (1840-1893) was a Russian composer whose music and lifestyle was much gossiped about. For starters, we don't truly know how he died. He either died from drinking un-boiled water tainted with Cholera, his physicians killed him, or he killed himself slowly with arsenic as he was gay in a time and place that didn't accept it.

We will never truly know (though, our bet is on Cholera).

As a gay man, his relationships with women were quite complex. In 1877, he began a lengthy correspondence with an older woman who provided for him financially for 13 years and whose only stipulation was that they never meet. (Sounds like a pretty sweet deal, huh?) 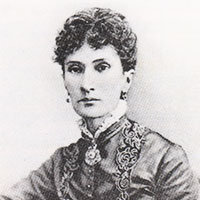 Indeed, Tchaikovsky couldn't bring himself to utter one word to his benefactress, Nazedha von Meck, the one time they met in a chance encounter. Nowadays, we would call them online lovers.

Over the year, they exchanged some 1,200 letters. The two were also connected through family: Tchaikovsky's niece Anna married von Meck's son Nikolai. This union was arranged by von Meck and Tchaikovsky themselves, however it was an unhappy arrangement. Interestingly, Tchaikovsky and von Meck died within two months of each other. 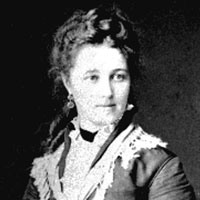 1877 was a big year for Tchaikovsky. The same year that he began corresponding with von Meck, he hastily married a highly unstable woman, Antonina Miliukova, who wrote him loads of fan mail. (There's still hope for you Justin Timberlake fans — keep writing!)

There must have been a big misunderstanding: he thought she knew he was gay and that their marriage would be strictly platonic. When he realized this was not the case, his distress caused a near nervous breakdown. Two weeks after the marriage he attempted suicide. She eventually died in an insane asylum 24 years later. But, they never officially divorced.

Too bad Reality Television didn't exist at the turn of the century, or else we would all be watching Keeping Up with Tchaikovsky on E! 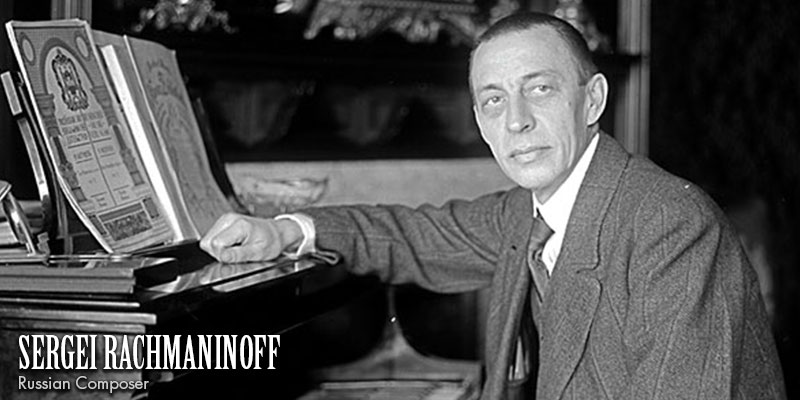 Fasten your seat belts ladies and gentlemen, you're in for one wild musical adventure! Ironically, the creation of Rachmaninoff's Piano Concerto No. 3 in 1909 could owe its birth to an automobile.

Sergei Rachmaninoff was desperate for money in 1909. He wrote to a friend about the possibility of a tour in America to make some extra cash: "I don't want to go. But then perhaps, after America I'll be able to buy myself that automobile... It may not be so bad after all!"

Rachmaninoff did in fact purchase his first car in 1912 and it is purported that he bought himself a new automobile every year after that. He got the car, and audiences got Piano Concerto No. 3. (Not a bad trade!)

Many say that "Rach 3" is one of the most difficult piano concertos of all time. In fact, the pianist it was originally written for (Josef Hoffman) declined to perform it, unwilling to take the risk publicly.

Rachmaninoff had a mostly off-again relationship with critics and audiences for his compositions. Known and beloved for his skills as a pianist, his compositions weren't what turn of the century audiences were looking for. Perhaps his concerto's difficulty is a jab to his critics.

Nevertheless, Rachmaninoff's music persevered. Vladimir Horowitz, a Russian-born American classical pianist and composer, championed the work in the 1920s and it is now beloved by audiences and critics all over the world.

"Rachmaninoff said that he wrote the Third ‘for elephants,' and with its massive chords, cascading and leaping octaves, high-speed runs, dense counterpoint, and wide-spaced, busily embellished textures, it does demand a pianist with strength, dexterity, control, and stamina — and big hands." 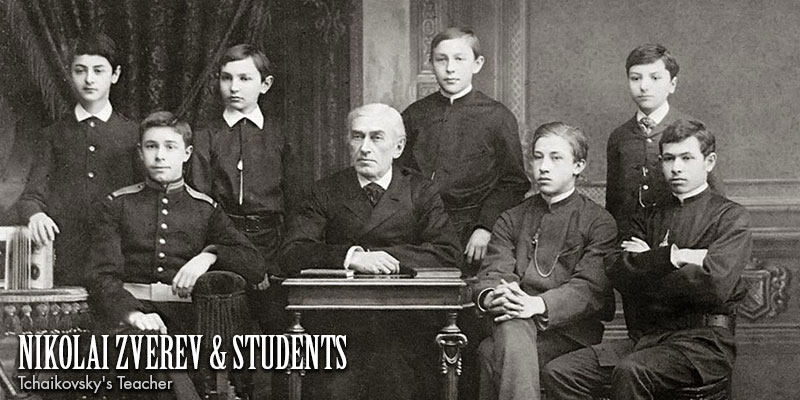 Zverev (center) and the students he housed, from left to right, Samuelson, Scriabin, Maximov, Rachmaninoff, Chernyaev, Keneman, and Pressman.

Sergei Rachmaninoff and his mentor, Pyotr Tchaikovsky, share a penchant for melody. However, the similarities don't stop there.

#1 Not Destined for Composition, Were They

It was always obvious that Rachmaninoff would be a musician. However, nobody thought he would, or even should, be a composer. Such sentiment included his own teacher Nikolai Zverev, who discouraged him from composition and they eventually stopped speaking as a result. Clearly, his teachers and critics grossly underestimated modern audiences' obsession with virtuosity.

Tchaikovsky was sent to a boarding school at the young age of ten. Already troubled by the separation from his parents, his mother died when he was just fourteen.

Rachmaninoff's parents were wealthy but his dad squandered the inheritance through various ill-reputed pursuits, causing his parents to divorce when he was ten.

Both composers deeply struggled with depression. Tchaikovsky's was due in large part to being gay in a time and place that couldn't deal with it.

Rachmaninoff's came from his desire to be a composer. Even though he was a famous pianist, Rachmaninoff faced considerable criticism for his compositions. The premiere of Rachmaninoff's Symphony No. 1 was terrible with typical criticism such as this from César Cui:

"If there were a conservatory in Hell, if one of its talented students were instructed to write a program symphony on 'The Seven Plagues of Egypt,' and if he were to compose a symphony like Mr. Rachmaninoff's, then he would have fulfilled his task brilliantly and would bring delight to the inhabitants of Hell."

Rachmaninoff didn't compose a single note for three years. Following much psychotherapy, Rachmaninoff got over his depression-induced writer's block enough to compose the Second Piano Concerto in 1900.

See this video of Perry So conducting the Hong Kong Phil. He is known for how expressive he is while conducting. This video illustrates why.

I couldn't be more excited to see guest conductor Perry So lead the Sarasota Orchestra at the upcoming Masterworks concert. Why? Well, he's one of the world's most in-demand young conductors. Just this season alone, he will make his debut with the Houston, New Jersey, Grand Rapids, Omaha, Shanghai and Guangzhou Symphony Orchestras. Did I forget to mention that one of those debuts is with the Sarasota Orchestra?

And if that wasn't convincing enough, Geoffrey Newman of Vancouver Classical Music had this to say about Perry So:

"This was a conquest for this young conductor. His orchestral control is really stunning, and the sheer quickness of execution and massed power that he coaxed out of the orchestra is something we do not see that often... An inspired concert."

Another cool tidbit? Perry So was an inaugural Dudamel Conducting Fellow at the Los Angeles Philharmonic, which, is quite the honor. Dudamel is one of the most exciting personalities in classical music.

A frequent guest conductor on five continents, he also likes to stick to his roots. Perry was born in Hong Kong, and recently concluded four years with the Hong Kong Philharmonic Orchestra as Associate Conductor.

This season he gives three world premieres, one of which, will be local Sarasota composer Jerry Billik's world premiere of "Symphony in M-L." It's always thrilling to be one of the first audiences to hear a new piece of work.

There is so much going on at this Masterworks concert Eroica, the last word I’d use is ‘stuffy.’ This is evidence that classical music is alive, dynamic and worth experiencing live! If you'd like to check it out, learn more here.